How a Dermatologist Can Eliminate Your Double Chin With an Injection 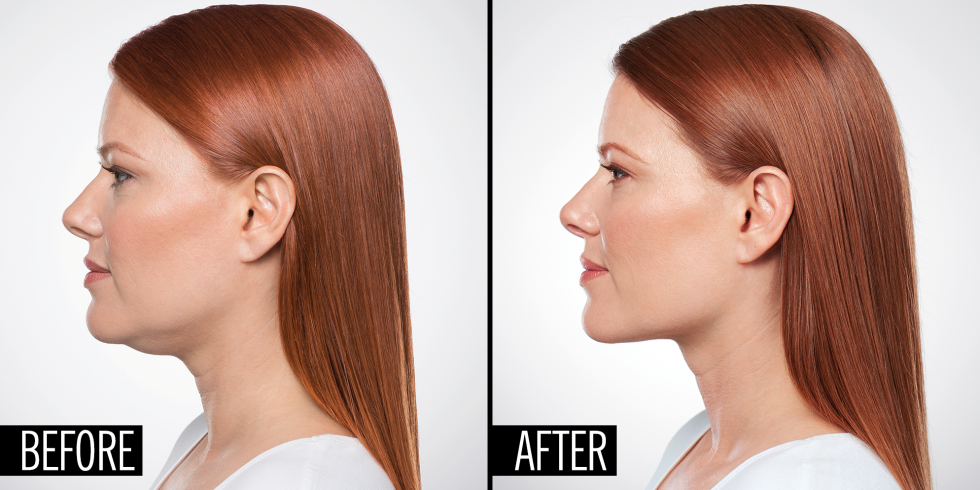 Adra Fenstermaker, 36, was always self-conscious about her chin.

“Even when I would lose weight, I always had under-chin fullness,” she told Cosmopolitan.com. “With social media and everyone posting lots of pics, it started bothering me more and more. I was constantly untagging myself and deleting photos, or only taking pictures from certain angeles to try and hide it.” 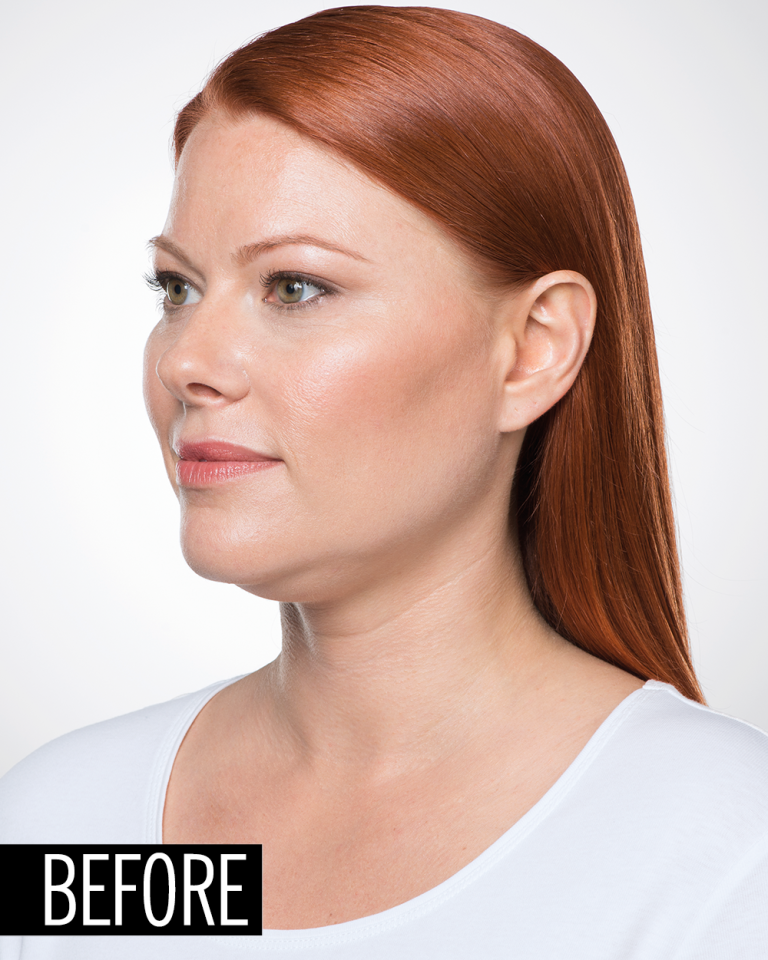 So when she heard about Kybella, an injection that was recently FDA-approved that promised to eliminate double chins, she was nervous but excited to try it. “I’ve never had any injectable treatments or cosmetic procedures,” she said. “This was my first time trying anything like this, but I wanted to do this for myself.”

According to Robert Anolik, MD, an NYC dermatologist at Laser & Skin Surgery Center of New York who worked on the clinical trials for Kybella, the treatment uses deoxycholic acid, an enzyme that our bodies already produce, to break down fat cells.

“Within four treatments, more than half of the patients in the trials had a very dramatic visible change,” he said. “Companies often promise things will work but then when they get to the FDA trials, the results don’t prove to be very effective. In this case, the trials were unanimous.”

Adra described the treatment, which takes about 15 minutes, as a little uncomfortable, but not worse than having dental work done. “The doctor explained everything to me before we started,” she said. “He cleaned the area first, then injected lidocaine under my chin to numb it. Then [once it was numb], the Kybella was injected, and that was pretty much it!”

Afterward, Adra was slightly swollen around her chin area and sore for a few days, but she still ran errands and even went sailing. “I have long hair so it was easy to hide that I was swollen,” she said.

As soon as the swelling subsided a few days later, she started to see a major difference. “I had three treatments done (each was four to six weeks apart), and after every round, it was really noticeable that it looked so much better,” she said. “People kept thinking I was losing more and more weight, but I didn’t lose anything. I actually had gained a few pounds! My jawline just kept getting more and more defined, making me look slimmer.” 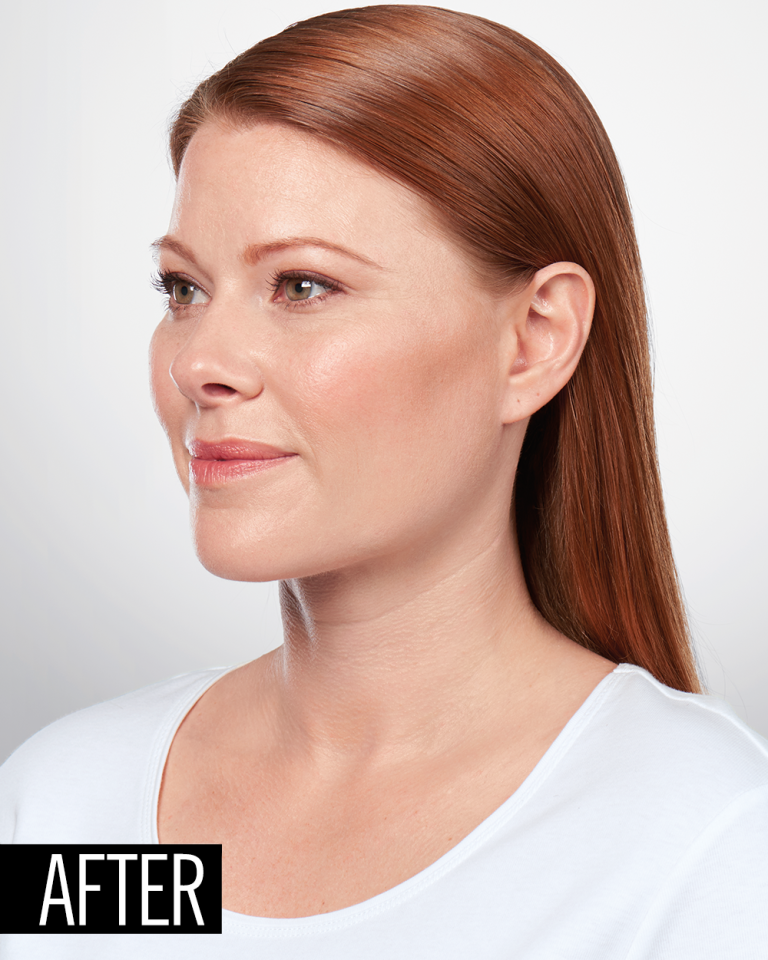 Dr. Anolik explained that the treatment is ideal for anyone who is unhappy with the fullness beneath their chin. “Double chins aren’t always caused by weight,” he said. “Sometimes it’s genetic or happens as you age, and this treatment significantly reduces the fat in that area permanently. And even if you gain weight again in the future, you won’t ever see the weight in your chin, because those fat cells have been broken down. So you’ll never have to hold the phone above your head for a selfie again!” 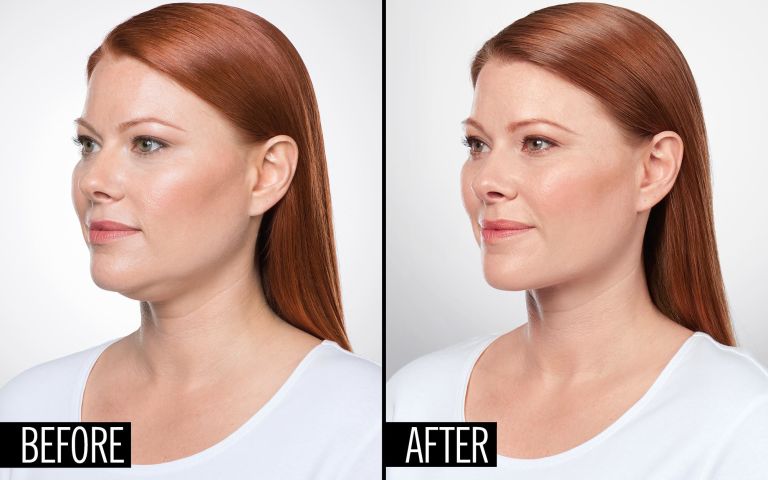 “When I look at my before and after photos of each stage, it amazes me,” Adra said. “I’ve been taking selfies like crazy and wearing shirts, necklaces, and bright lipsticks that I never had tried before because I was too self-conscious. I’m so happy with my new profile!”

The cost of Kybella varies based on how much fat there is to treat and what your doctor charges, depending on the area you live in. However, Dr. Anolik estimates that it could cost anywhere between a few hundred to a few thousand dollars per treatment session.